Abstract: What is a printed circuit board? What does it do? Which electronic devices use circuit boards? I believe that these questions bother many people who do not know about PCB. FS Technology Блог о PCBA site will tell you about this knowledge from the basic concept of PCB to the history of PCB development.

PCB is an informal use, printed circuit board or PWB is a more accurate term, but as the concept between circuit and wiring has become blurred, this term has become less and less. PCB refers to conductive paths, tracks, or signal traces etched through copper sheets on a non-conductive substrate to support and electrically connect electronic components. We can understand PCB as the carrier of components. The reason electronic products can function is that the electronic components are connected to each other through the traces on the PCB board to realize the electrical connection between the components. When you search “What does PCB mean” on Google, Google will also push you “What is PCBA”. Although there is only a one-word difference between Печатная плата и PCBA, the meanings are completely different. PCB stands for bare board, a green board that does not function and has no components. PCBA is the meaning of PCB assembly, and the components are mounted on the bare board through SMT, THT and other assembly technologies. 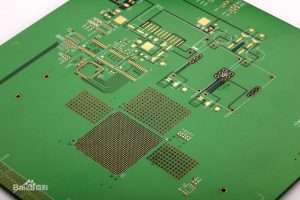 What are the advantages of PCB?

Circuit boards have been around for nearly 100 years. Not only did it not show any signs of being replaced over the long years, but it was used more and more widely. In the electronics manufacturing industry, PCB as a carrier has unique advantages:

High density: The development of PCB has always been in line with the trend of society. With the dependence of human beings on miniature electronic devices, PCBs show a trend of high density. With the advancement of integrated circuit integration and the development of assembly technology, the electronic component density of PCB has reached its peak. 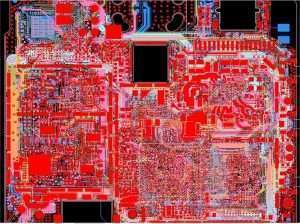 High reliability: The production and assembly process of PCB is very complicated. During the whole manufacturing process, the manufacturer needs to carry out many tests. Take a turnkey PCBA company like FS Technology as an example, in addition to the most basic manual inspection and AOI test, we also need to carry out a series of aging tests, functional tests, etc. The lifespan of PCB boards from the FS technology factory can reach 20 years.

Assimilability: The turnkey factory has SMT and THT assembly technologies, which can carry out standardized assembly of various components on bare boards, and perform the automated and large-scale batch assembly. As far as the assembly workshop of FS Technology is concerned, in addition to 7 fully automatic SMT production lines, we can also meet manual plug-in, and mixed assembly processes, even for large-volume PCB DIP assembly orders, we can also achieve automated DIP assembly process.

Maintainability: PCBA finished products are standardized design and large-scale production, so even if the system fails, the turnkey company can quickly, easily and flexibly replace it and quickly restore the system to work.

What kind of PCB

PCBs can be classified in different ways: the number of layers, dimensions, materials, functions, etc. In this article, FS Technology mainly explains the meaning of PCB in electronic products, so we will classify it by the number of layers below so that you can easily understand the type of PCB.

Single Board: This is the most basic and simplest type of PCB. After the bare board is assembled by a turnkey PCBA company, the electronic components are concentrated on one side of the board and the wires are concentrated on the other side. Since single-sided PCBs are subject to many severe restrictions on circuit design, this kind of board is more likely to appear in the early stage of circuit board development.

Multilayer board: It is a more difficult PCB and its difficulty and price increase with the number of layers. Multilayer PCBs make multiple single- or double-sided boards the inner layers of a multi-layer board through lamination technology. Compared with the first two, multi-layer boards can realize more wiring area, so they are widely used in different electronic products. Our circuit boards are divided into single-layer, double-layer, and multi-layer. The number of layers of the multi-layer board will only be displayed as an even number due to the lamination method, which is a mistake that many people who do not understand printed circuit boards will make.

What are the application areas of PCBs?

With the above text, you probably already have a certain understanding of PCB, or at least what it is, right? But even if you have looked through all the electronic devices around you, it is still difficult to find a printed circuit board. There is a saying on the internet that “without PCBs, it would be impossible to progress in technology today.” This is because PCBs are so widespread in our lives that they are the basic building block of most electronic devices. From your door opener (single layer) to your smartphone (6 layers), to your computer and server (60 layers), they all run on PCBs. The products you come into contact with are finished products that have механическая сборка (housing + assembled circuit board).

With the development of technology, the progress of medical technology is obvious to all, and all of these benefits from the introduction of PCB. The use of computers, imaging systems, MRI machines and radiation equipment all depend on the development of the PCB industry. When the medical industry needs smaller and more complex medical equipment, the combination of soft and hard PCB is the best solution. If you don’t know what a flex-rigid PCB board is, you can see related concepts on our website. 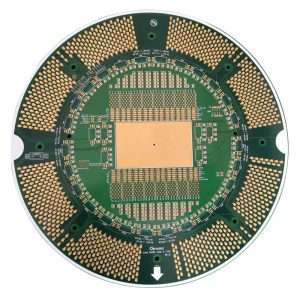 You read that right, a small PCB board is used in the aerospace industry and has a pivotal position. You may be wondering about this, but when you really understand how the PCB board works, you will understand and accept this fact. Airplanes, satellites, drones and other avionics would not be possible if they were still connected using ancient components. The circuit boards used in the aerospace industry are qualitatively different from those used in our daily lives. They are smaller and more complex products. This kind of PCB is quite difficult to manufacture, and it is impossible to produce it unless it is a professional сборка печатных плат под ключ company. 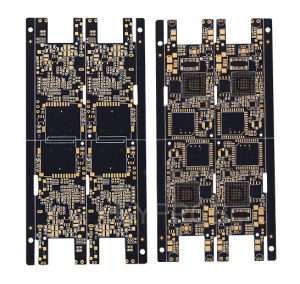 The earliest applicable field of PCB is the military industry, and the United States first used it in military tape recorders. With the advancement of military technology to meet changing customer needs, more and more equipment integrates advanced computerized technology, and ordinary SMT technology has been difficult to meet the requirements of military PCB. They require the electrical and mechanical properties inherent in flexible and rigid-flexible packaging. These types of electronic packages can withstand thousands of pounds of gravity without failing. 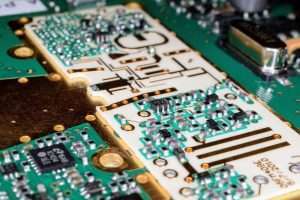 The development of PCB can be said to be very rapid. Humans never knew what PCB is, and it has only taken a century to become the core of the electronics industry. Before the advent of circuit boards, electrical connections between electronic components were made through bulky wire connections. The ancient connection method not only wastes material but also complicates the connection between lines.

Our factory is not only equipped with advanced production and inspection equipment but also certified by ISO9001, ISO14001, IATF 16949, ISO13485, and UL. Our products widely applying in telecommunications, computers and networks, medical devices, automotive, industrial controlling systems, new energy, home appliance, etc. History of printed circuit boards is as follows

1925: American inventor Charles Ducas patented the first circuit design when he stenciled a conductive material onto a flat board.

1936: Paul Eisler makes the first printed circuit board for a military radio.

1944: The United Kingdom and the United States cooperated for the first time in military weapons.

1948: In order to popularize PCB and apply it to daily life, the United States first disclosed PCB technology.

The 1950s-1960s: Double-sided PCBs are introduced, with electronic components on one side and logo printing on the other. Zinc sheets are incorporated into the PCB design and feature corrosion-resistant materials and coatings to prevent degradation.

The 1960s: High-density circuit boards are realized, and integrated circuits (ICs or silicon chips) are introduced into electronic design. This move enables the bare PCB board to carry thousands of electronic components, which greatly improves the power, speed and safety of electronic equipment. Due to the smaller size of IC chips, PCBs are starting to get smaller. Humans face a new difficulty: how to make welding stronger.

The 1970s to 1980s: Newly developed solder masks of thin polymer materials become the standard manufacturing method for PCBs. A photo-imageable polymer coating was subsequently developed that can be applied directly to circuits, dried and subsequently modified by exposure to further increase circuit density.

In the 2000s: PCBs became smaller, and lighter, with higher layers and more complexity. Multilayer and flex circuit PCB designs allow for more operational functions in electronic devices, and PCBs are getting smaller and less expensive.

That’s all for “what is PCB board”, you can find more great articles in the PCB knowledge blog.

What is the difference between SMT and SMD?

What is PCB Board made of? 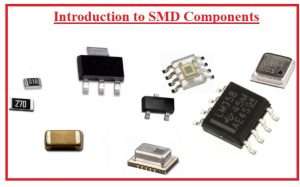 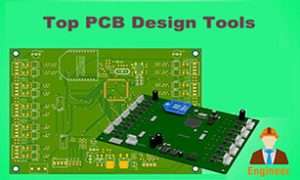 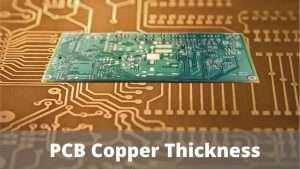