How to Identify Common PCB Components

Overview: The bare PCB board does not function alone, it is more like a carrier. Engineers chemically etched out tracks on the bare board, which worked like wires. It will provide a bridge to the different PCB components on the board by means of electrical connections and make them functional. FS Tech will identify these common electronic components with you in this article.

Without any respect of any type of PCB type, electronic components can only be placed on  either the top layer or the bottom layer of PCB. But first, we have to know about components.  Electronic Components are meant to be interlinked through tracks on PCBs’ conductive layer to develop electronic circuit which performs desired function for example oscillator, amplifier,  transmitter, receiver, and wireless.

One of the most common components, its main function is to control the amount of current in the circuit. For example: limiting the current before using the LED to protect the LED from high currents that could cause burnout. The picture below shows Resistor symbols: 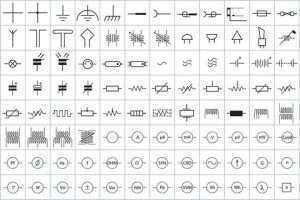 When people talk about the function of capacitors, they immediately think of charging and discharging. This is only its most basic role, but based on this basic role, many circuit phenomena can be realized, such as: in a motor, it can produce violent vibration; in a camera, a capacitor can discharge instantaneously with high energy. Commonly used capacitors in our life include phase-shift capacitors, electric heating capacitors, coupling capacitors, etc. Different types of capacitors are used in different fields and have different functions. The following figure shows the capacitor symbol: 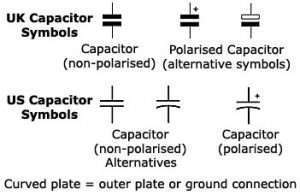 Transistors are indispensable PCB components in the electronics manufacturing industry, and their numbers are very large. We can simply divide it into triode, diode, thyristor, etc. It has a variety of functions such as detection, rectification, amplification, switching, voltage regulation, signal modulation and so on. The figure below shows the transistor symbol: 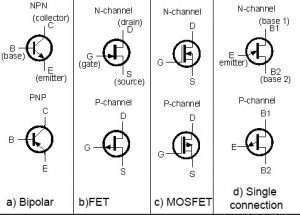 In order to facilitate management, we generally further classify electronic components into two types based on various factors like power  gain, functions, nature of the source, and controlling the flow of current.

These components provide power to the circuit instead of utilizing it that’s why they are called  active components and the energy produced is in the form of voltage and current. Active  components are also called energy donors. They utilize energy from an external source to perform  their function,

Examples include resistors, Capacitor, and Inductor.

If you carefully observe the PCBA board in your hand, you can find that the electronic components on the same circuit board use different packaging processes. In simple terms, one is directly inserted into the hole in the PCB board, and the other is soldered to the PCB board. Therefore, PCB components can be divided into two categories according to their packaging methods.

Almost every component in electronics has a through-hole  package. These packages have long enough pins to get passed from the top layer to the  bottom and get soldered on the bottom layer with PCB. They are also called multilayer  packages. For such a package, routing can be done on either the top layer or bottom layer, or other multi-layers of PCB.

As the name suggests these are components mounted on  only one side of the PCB, due to this reason their routing is also done on that same side or  can be shifted to another layer using vias in PCB. Almost every electronic component also  comes in this package.

Electronic component either through-hole or SMD is used according to need. Their working  principle and function resemble but differ in size and soldering methodology.

Principle and solution of thermal noise of high frequency PCBA

Thermal Noise in High Frequency PCBA Because of its excellent dielectric constant, high-frequency PCBAs are often used in various systems that require high-speed and accurate 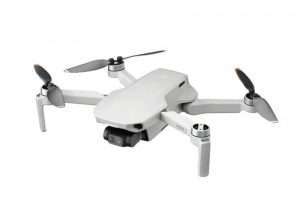 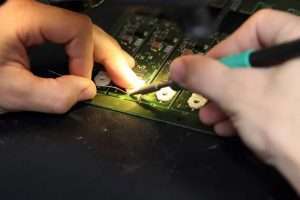 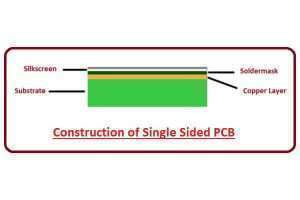 FS Technology’s introduction to the layers of the PCB. Electronic Design Automation (EDA). It is a software used to design PCB and likewise confirm integrated

FS Technology teaches you to solve the CAF problem in PCBA

FS Tech will learn the knowledge of PCB flux with you Overview: Flux is an indispensable substance in the soldering process, but do you know

How to clean PCB? There is no denying the significance of cleanliness, and this should not be attributed to the fact that our moms lay

PCB short circuit analysis and prevention methods During the PCB manufacturing process, engineers and technicians are exposed to a variety of potential risks that could